Cinfracap - Liquefied carbon dioxide finds its way to the harbour

Gothenburg and Sweden could be the first in the world to create a joint infrastructure for the transport of liquefied carbon dioxide extracted using CCS technology. The project – CinfraCap – is a unique collaborative venture between Göteborg Energi, Nordion Energi, Preem, St1, Renova, and Gothenburg Port Authority.

We must make every effort to find ways of achieving our climate goals more rapidly and collaboration is unquestionably the way forward. Here we examine potential intermediate storage and transport solutions for around 1.5 million tonnes of captured carbon dioxide per year – excluding third-party access – all the way from facility to quayside. An efficient on-site infrastructure is crucial to the success of this undertaking. The guiding principle is to invest in a system that offers access to all, thus increasing the volume of captured carbon dioxide. We want CinfraCap to be open to everyone.

The CinfraCap project commenced in autumn 2020 and a phase 1 prestudy was conducted and presented in May 2021. We are currently in phase 2, where a new in-depth prestudy is taking place. We are looking for answers as we seek to develop the optimal design and produce an effective business model. The pre-study is due to be completed by the end of October 2022.

Complete solution
CCS, Carbon Capture and Storage, is widely viewed as a key component in the transition of the global energy system and several development projects are already under way. Both the IPCC and the EU have highlighted the importance of carbon capture if we are to achieve our climate goals. CinfraCap is contributing by facilitating cost-effective transport and permanent storage of carbon dioxide with minimal climate impact. CinfraCap is not just a small-scale test facility – it is a complete solution that will have a resounding impact.

Third-party access
At CinfraCap we are urging all the parties involved to produce an optimised industrial-scale logistics and infrastructure solution for CCS and to link into other CCS projects. The basic idea is to invest in an infrastructure that can be used by more interested parties and by doing so increase the volume of captured carbon dioxide.

Choice of location
Gothenburg is an ideal location, with the largest port in Scandinavia and a number of carbon emission points, including large refineries and waste incineration plants. This would ensure that an investment of this nature and magnitude is both climate-smart and financially sustainable. 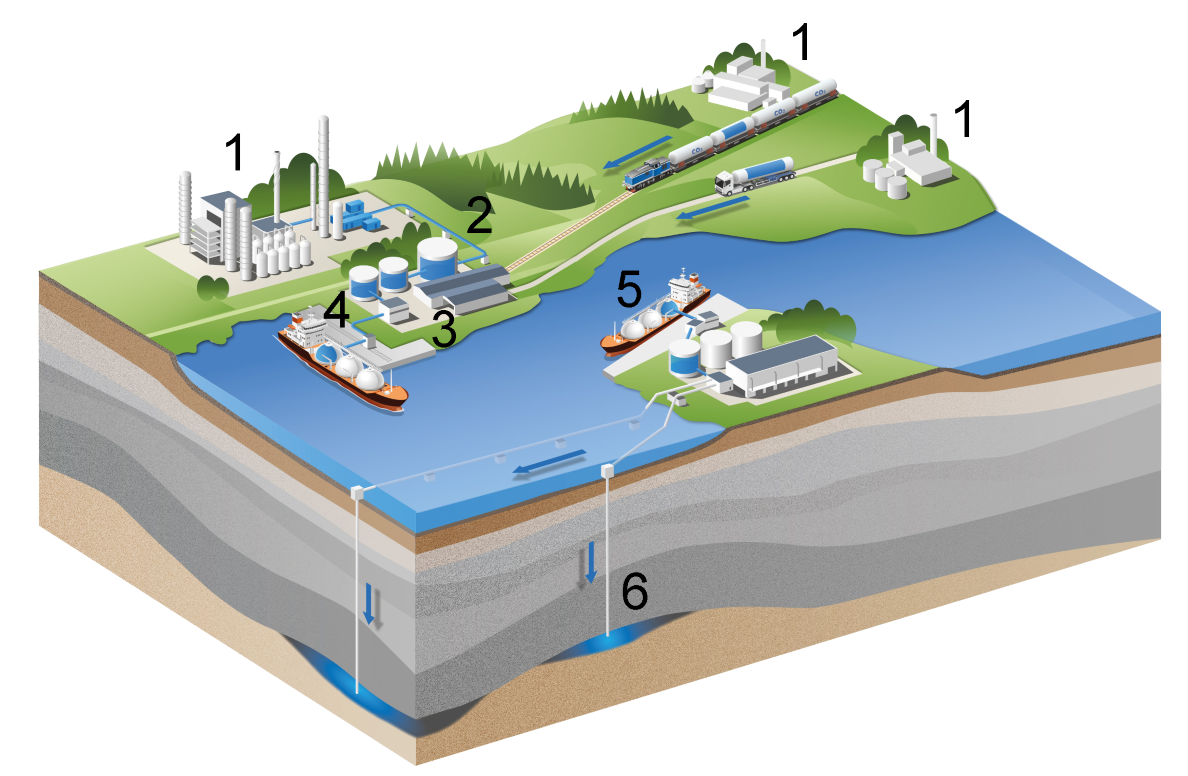 Sponsored by Industrial Evolution
A collaboration agreement has been signed by all the parties involved, and the Swedish Energy Agency climate initiative Industrial Evolution (Industriklivet) has agreed to cover half the cost of funding an in-depth prestudy.

CinfraCap will complement a number of other ongoing research and development projects, including Preem CCS, ZEROC, and Northern Lights, which is a full-scale carbon dioxide repository project being run off the west coast of Norway.
CinfraCap is a collaborative venture between Nordion Energi, Göteborg Energi, Renova, Gothenburg Port Authority, Preem, and St1.

Fact file: CCS
Carbon Capture Storage, CCS, involves trapping carbon and liquefying it under pressure. It can then be safely stored deep underground, in many cases below the seabed, reducing emissions of greenhouse gases into the atmosphere. If the carbon dioxide is captured from a biogenic source, this could even result in a reduction in carbon dioxide levels in the atmosphere.
Read more about CCS on the Swedish Environmental Protection Agency website
Link to FAQ CinfraCap

thats how much liquid carbon dioxide can be transported