Unloading of Almirante Storni proceeding according to plan

Since the bulk carrier Almirante Storni called at the port of Gothenburg on Saturday, the job of extinguishing and unloading the damaged goods on the ship has been ongoing in parallel. The work has continued during the night until Sunday and continues continuously and according to plan. 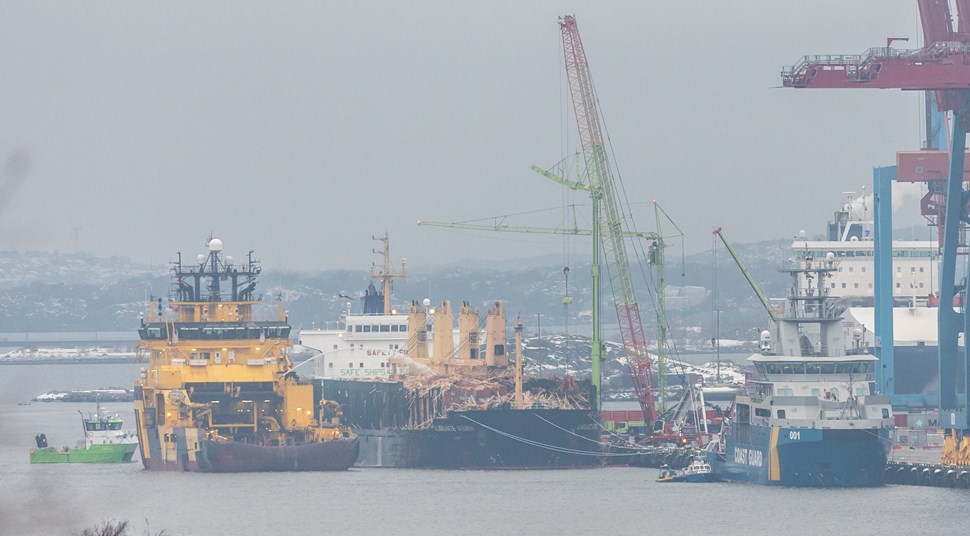 After parts of the timber cargo on board the vessel Almirante Storni started burning for yet unknown reasons on Saturday, December 4, a major rescue operation has been underway. After six days of extinguishing work without the desired result, the Swedish Transport Agency decided on Friday that the ship would be taken into the port of Gothenburg - where the port had prepared for reception since the accident was a fact.

At lunchtime on Saturday, the ship reached berth 615 in Skandiahamnen. The work of unloading cargo to better access to extinguishing the burning cargo was started as soon as the ship was moored.

”It is an impressive logistics operation that is going on right now, which is possible thanks to a very good collaboration between all parties involved,” said Elvir Dzanic, CEO of the Gothenburg Port Authority.

”We give the Rescue Service and the salvage company all the conditions they require to be able to carry out their work according to plan. At the same time, the port has been able to continue operating without any significant disruptions either on the nautical side, in the terminals or on the road or railway side,” Elvir Dzanic continued.

While the unloading is in progress, the Rescue Service water sprays the load from above with the help of a water cannon from the quay so that the water can get down between the wood, where it gives the most effect. Resources are in place in case any new needs arise in the work.

A few days of continued firefighting work
At 2 pm on Sunday, the Greater Gothenburg Rescue Service had two units and a field staff on site in the port, a total of about 13 people.

The Greater Gothenburg Rescue Service's assessment is that the work of accessing the hotbeds in the cargo may continue for a few days. The unloading of cargo is expected to last for about a week, according to the contracted salvage company T&T Salvage's assessment.

Continued collaboration with the Greater Gothenburg Rescue Service, the Gothenburg Port Authority, the Swedish Coast Guard, the Swedish Maritime Administration, the salvage company, the terminal operator APM Terminals and other relevant players in and around the city and port has worked well and all have contributed based on their respective assignments. 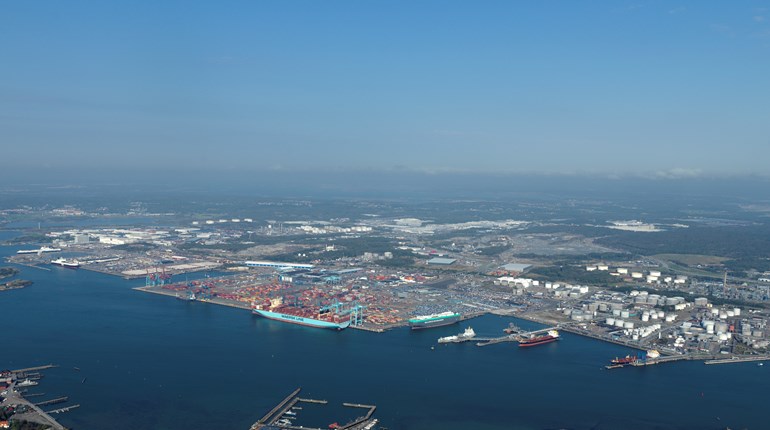