Freight volumes continued to rise at the Port of Gothenburg during the first six months of the year, reaching their highest during the second quarter. This was despite major disruptions in global freight flows in the wake of the Covid-19 pandemic and the subsequent impact on logistics systems. 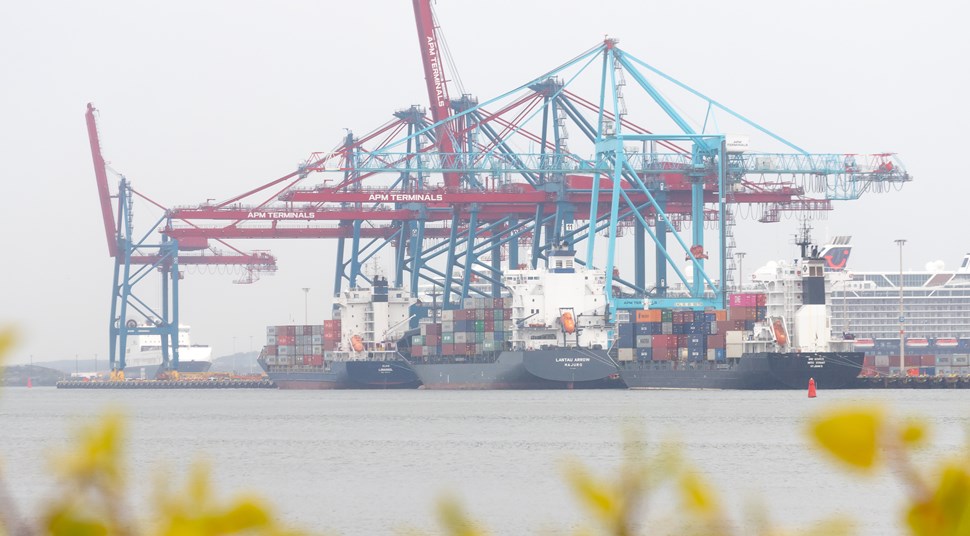 The vast majority of Swedish foreign trade takes place by sea. In the case of trade with countries outside Europe, freight is generally transported by container ship. At the Port of Gothenburg, the largest port in Scandinavia, 411,000 containers were handled during the first half of 2021 – an increase of 2%.

Containerised freight movements to and from the port are taking place increasingly by rail and this trend seems set to continue. This is due largely to growth in traffic on new routes and the addition of new rail destinations in the spring. During the first half of the year, the increase in rail-borne container freight rose by 11% and by 19% in Q2. During the second quarter, the proportion of rail-borne container freight to and from the port was 70%, which is a record and possibly the highest ever figure reported by a major international port.

“This is an exceptional outcome, putting us firmly at the forefront internationally. It is a tangible endorsement of our highly efficient rail concept, which is proving extremely popular among freight owners and something we will continue to develop. The more freight we manage to switch from road to rail, the better it is for our climate,” said Elvir Dzanic, Gothenburg Port Authority chief executive.

“Creative solutions and hard work”
Freight volumes for the port’s intra-European ro-ro traffic increased by 14% during the first six months. All destinations in Germany, the Benelux and the United Kingdom have a positive development, including the container volumes on these routes.

Handling of new vehicles at the port increased by 38% during the first six months, due mainly to the Volvo companies regaining lost ground. Passenger traffic at the port first began to show signs of recovery during the second quarter with ferry passengers up 41% thanks to the let-up in Covid-19 restrictions during the spring. Nevertheless, a fall of 43% was reported for January-June. Cruise traffic started in a good way already during the first half of the year and the rest of the year is likely to become one of the best in the port's history.

“Bearing in mind the challenges we have faced during the first half of the year our volume figures overall are quite a feat, reflecting creative solutions and hard work put in by freight owners, forwarding companies, terminal operators, rail operators, and others involved in and around the Port of Gothenburg. The positive trend during Q2 compared with Q1 can be seen in almost every area,” said Elvir Dzanic.

The only sector not to have increased during the first six months was energy products, with volumes down by 17% to 9.8 million tonnes. Volumes were unusually high during the first half of 2020 as a result of low oil prices whilst 2021 was marked by a fall in demand, a turbulent market, and price rises.

Strategic decisions
In June the Gothenburg Port Authority signed a declaration of intent with the construction company Castellum regarding a joint venture to develop, plan, build and manage logistics properties just a stone’s throw from the port. The land area is approximately 270,000 square metres, of which actual building land is 155,000 square metres. The area will be completely developed within four years and the project is expected to commence during 2021. The setting up of a joint-venture company is still subject to approval by the City Council during the autumn.