The Arken Combi Terminal at the Port of Gothenburg has just celebrated its first anniversary. The terminal links up sea, road and rail traffic effectively, resulting in a more efficient and more reliable logistics system, cleaner air, and a reduction in heavy goods traffic in the centre of Gothenburg. 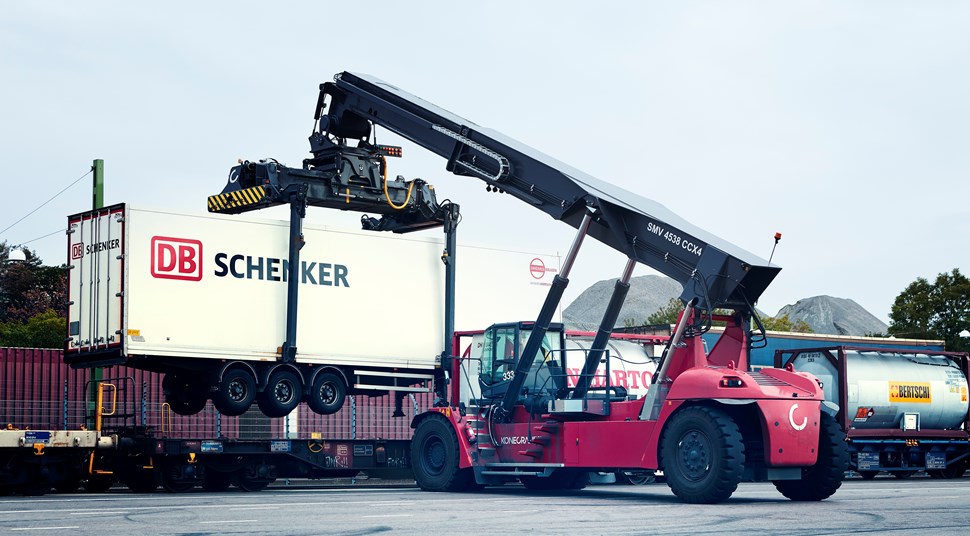 With the new Arken Combi Terminal located in the outer port area, more than 100 trucks each day avoid having to pass through the centre of Gothenburg, resulting in a more efficient transport system. Photo: Gothenburg Port Authority.

At the 65,000-square-metre terminal, located beside the Ro-Ro Terminal and the Container Terminal in the outer port area, containers and trailers are now loaded and reloaded between road and rail for onward distribution to and from industrial enterprises throughout Sweden.

Moving the terminal from the centre of Gothenburg to the outer port area has produced a host of benefits: higher capacity, closer proximity to the industrial base, and a better-adapted road infrastructure to and from the terminal. More than 100 trucks each day avoid having to pass through the centre of Gothenburg, resulting in a more efficient transport system, reduced nitric oxide emissions, and less traffic on the road. The terminal also offers a level of coordination between sea, road and rail traffic that was previously not possible.

The article continues below the video.

“The first week was extremely challenging but since then everything has worked as planned and we have succeeded in getting the trains off on time. I feel that we have managed to get the terminal working extremely well,” said Patrik Theander, Terminal Manager at Sandahls Goods & Parcel, the company responsible for operating the Arken Combi Terminal since it was first opened. 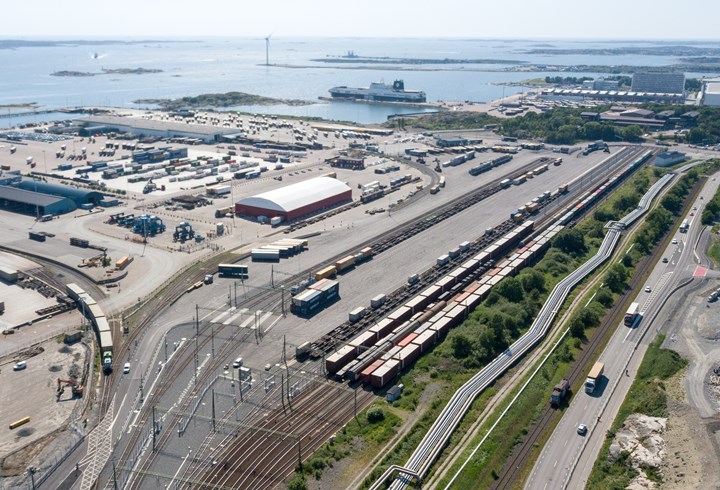 Greater reliability with the new double-track rail system
During the year, work has continued on converting the Port Line, the freight line serving the port and the Combi Terminal, into a double-track system. A key part of this process was the double-track Marieholm Bridge, completed back in 2016. A further section, Pölsebo-Skandiahamnen, has recently come into operation as a double-track line. These are just two of a number of initiatives on the Port Line that have improved system reliability considerably.

“In addition to a good geographical location and a good infrastructure, handling at the terminal needs to work effectively, and the operator has managed this extremely well during the year. It has been demonstrated that the overall concept is working and there has been a resulting increase in interest. We have noticed that a growing number of companies want to use the terminal, and this is good news for everyone,” said Stig-Göran Thorén, Senior Manager and head of rail operations at the Gothenburg Port Authority.

Fact file: Arken Combi Terminal
The terminal area is around 65,000 square metres in size with seven rail tracks. The whole facility is electrified and is located beside the Ro-Ro Terminal (Ro-Ro stands for roll on roll off and means that goods are rolled onto and off ships using trailers). Apart from domestic rail links, there are also links to other parts of Europe. It is estimated that by the end of the year almost 100,000 units will have switched mode of transport at the terminal. 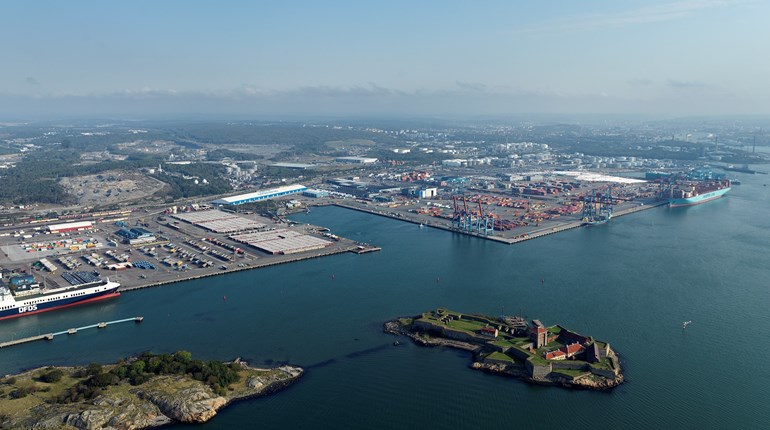