An important milestone is reached in the largest development project at the Port of Gothenburg in 40 years. Phase one of the water-based work has now been completed and construction of the 220,000 square metre terminal is due to move on to the next phase. The terminal is expected to be completed by 2025.

Conceptual illustration. The terminal is expected to be completed by 2025. Image: Gothenburg Port Authority.

Construction of the brand-new terminal at the Port of Gothenburg got under way in autumn 2018. Phase one of the construction began with stabilisation work. This involved the sinking of 1,500 piles into the seabed, down to bedrock level, in the lead-up to construction of the rock embankments around the Arendal bay.

“It is extremely exciting to finally get off the mark in the biggest development project at the port since the 1970s,” said Magnus Kårestedt, Gothenburg Port Authority chief executive, prior to commencement of phase one last autumn. “The terminal is a crucial aspect of the port's long-term expansion plans and will further strengthen Gothenburg as the Nordic logistics capital.”

Phase one completed
The main work that was scheduled to take place during phase one was completed in late April. This consisted largely of piling and embankment work and marked the conclusion of the water-based part of the construction. 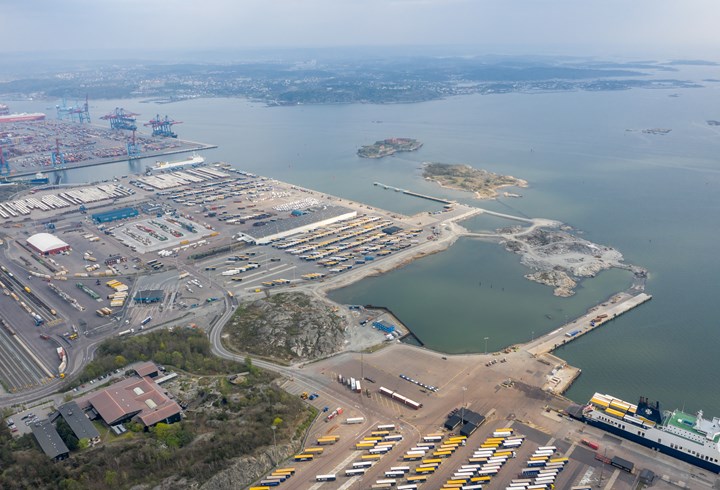 The terminal area today. With the complete embankment, the Arendal bay has now become a basin. In the next phase the hill (slightly off-centre in the photo) will be levelled. Photo: Gothenburg Port Authority.

However, the process was not entirely problem-free as various challenges were encountered along the way, including unforeseen geoengineering conditions during piling.

“But as we had already taken into account the fact that unexpected difficulties could emerge as the work proceeded, no delays occurred and overall the project has not been slowed down. We are still on schedule and the project is about to move on to the next phase,” said Joakim Grenmarker, project manager at Gothenburg Port Authority.

Collaboration with nearby terminals
The new terminal is being built at Arendal, directly beside the ro-ro terminals, where almost 2,000 trailers are loaded and unloaded each day. Extensive collaboration is required to enable construction and terminal operations to run simultaneously without any efficiency shortfall.

“Gothenburg Roro Terminal and the contractor, NCC, have from the outset been extremely positive, solution-oriented and willing to coordinate their activities. These are the main reasons why the work so far has proceeded as smoothly as it has done,” said Joakim Grenmarker.

Next phase: levelling of hill
The next major part of the construction process will be to level the hill to the south of the site. This will free up new terminal space, and the rock from the hill can be used as embankment infill to create additional terminal space. Blasting will commence at the end of 2019.

The terminal is expected to be completed by 2025, although certain sections will be brought into use before then. 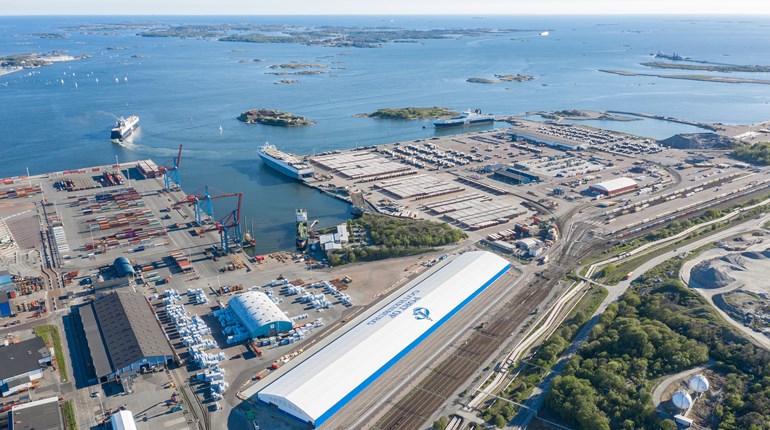 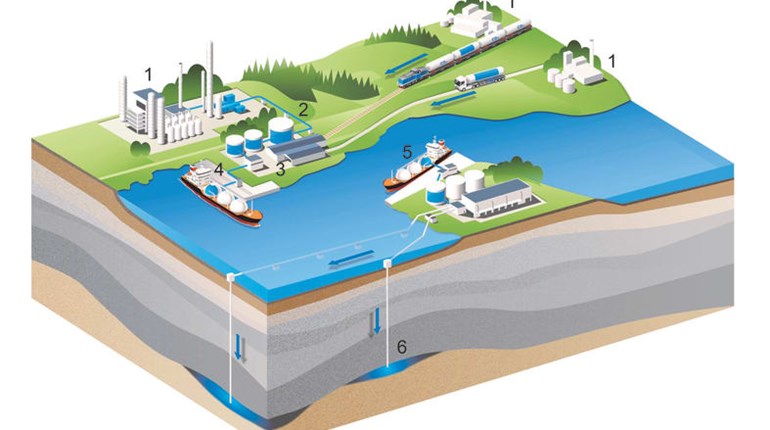